The Worth of Words: The Necessity of Verbal Branding 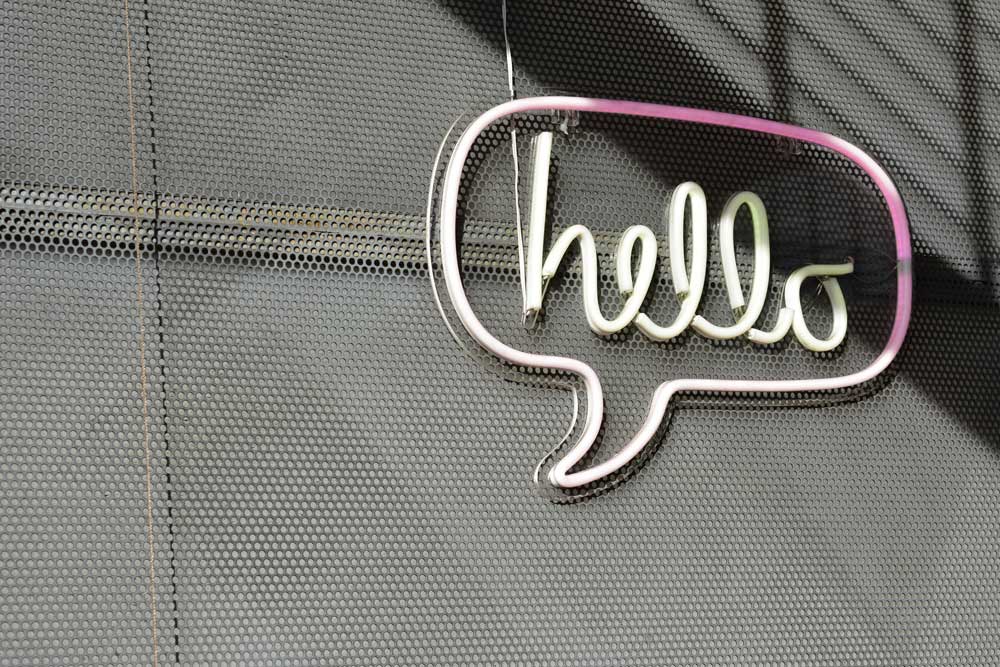 How much time do you spend thinking about the verbal identity compared to the visual identity of your brand? There’s so much precision to how brands present themselves visually...but what about what you say, how you say it, and if you’re being heard?

It’s easy as a brand builder or marketer to treat your verbal identity as secondary. Once the visual assets are in place, it follows along as afterthought. But at a time when millions of brands are shouting into the expanse of the Internet, your words wield more power than ever. And consumers know it: 52% of them expect brands to know the right moments to speak.

Language and character have the same symbiotic relationship for brands as they do for a story’s hero. What you say and how you say it solidify who your brand is—but you can’t begin to speak authentically until you’ve defined your character.

Character is the core of a brand and needs to be addressed with nuance.

"When it comes to defining your brand’s character, think like a novelist," says clarkmcdowall founding partner Catherine Clark.

Your character should come from within and be informed by the history, relationships and experiences of the brand. For example, does it have “parents”— founders or personalities whose own character are deeply reflected in the brand itself? Was it born out of conflict or tension? Is it an innovator or a fighter brand?

In our work, we often see companies using personality—or the reflection of a brand on the most superficial level—in place of character—which is determined by the true core of the brand. While personality is key to attracting consumers, it’s character that will forge deeper connections. Verbal branding is a place where character has a chance to shine through.

Character is critical when it comes to language. The words we choose, the phraseology we have, the way we articulate—they’re all a reflection of who we are.

The stronger the character is developed, the more anyone who touches the brand will be creatively inspired to apply imagination to the storytelling—all while remaining on brand.

Speak at the right moments

Brands increasingly live in places that marketeers can’t fully control—like influencer content, social conversations, and AI. On the flip side, increasingly powerful digital platforms give brands the opportunity to always be in contact with their audience. 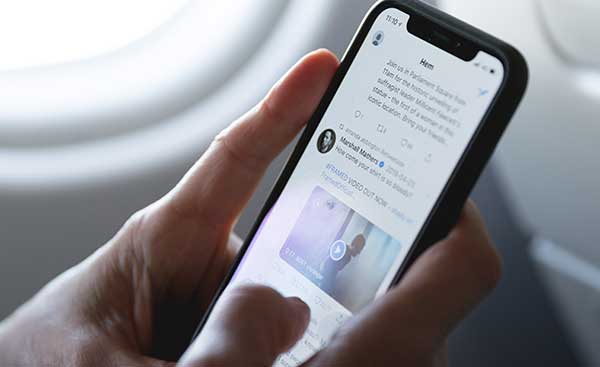 Verbal branding exists across an array of touchpoints—some that marketers have control over, others that they don’t.

Part of the delicate balance of good verbal branding is knowing when to speak and when to stay quiet. Speaking out thoughtfully during a moment that’s particularly relevant to your brand’s values can strengthen your relationship with your audience—and knowing your character will help you to discern these moments and how your brand should respond.

Like people, a brand’s true character is revealed in the key moments that matter. So in that moment of truth, remember to:

For a glimpse at a brand that took the right chance to speak out and did so with character, look at IKEA. When consumers noticed a high-end designer had released a bag with a price tag in the thousands that looked striking similar to IKEA’s 99-cent FRAKTA bag, the company responded in a tongue-in-cheek way that was right in line with its Swedish farmer roots—going as far as to suggest throwing the FRAKTA bag in the dirt to determine if it’s genuine. Its thrifty audience lauded the response, and so did Adweek. 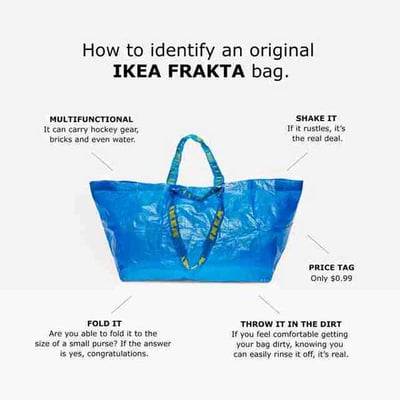 Your storytelling should be authentic yet dynamic—your consumer may want to be romanced while learning about your product on a website but be given clear and succinct directions in a mobile app.

Offering clear ways to adapt your brand voice to the situation at hand should be one of the end goals of any verbal branding exercise.

Take a look at the Starbucks brand’s verbal theory. With a clearly defined spectrum that runs from functional to expressive, the brand has narrowed down what language is appropriate and where—and provided explicit examples for all teams to learn from and consult.

“Language is a conversation so it needs to flex,” says clarkmcdowall founding partner Paul McDowall. “What you cannot deviate from is the character and the lexicon you’re creating for the brand itself.”

Brands often don’t think about their verbal identity until a problem arises and it’s too late. In a multi-dimensional, always connected world, verbal can be a powerful tool if you know how to use it.

Who, internally, is overseeing the language your brand uses? Do you have the right tools in place to inspire those that speak on behalf of the brand? Is your verbal identity supporting and maximizing the impact of your visual identity? 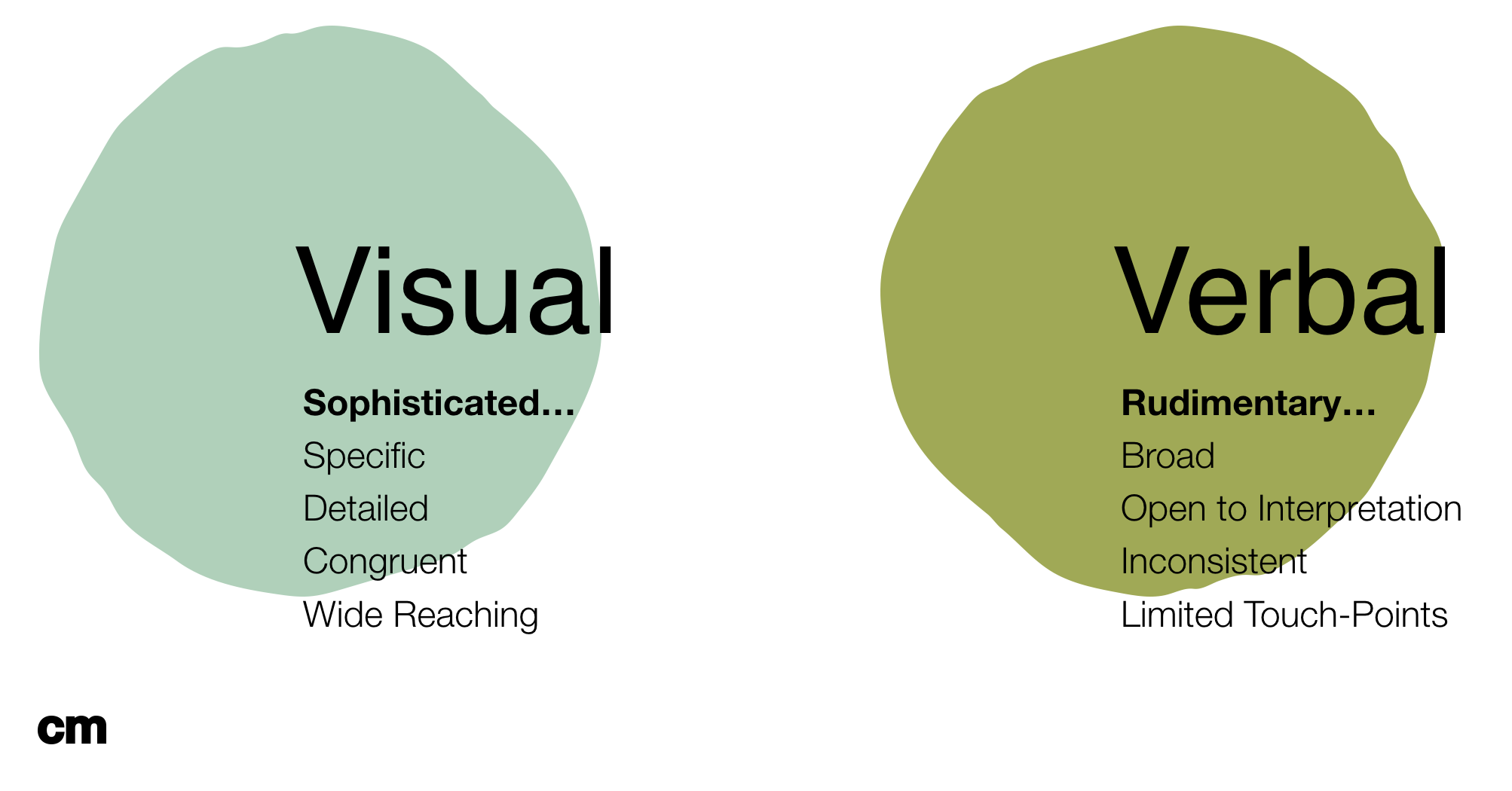 Visual branding has evolved over decades. Verbal should have the same level of investment.

Strong verbal brands require two key commitments: training and guidelines. Everyone who uses words for your brand—from marketers to customer service representatives—should be part of the conversation on how your brand speaks.

"It’s not about asking people to write,” says Catherine. “It’s about getting them to respond to examples and collectively feel what our voice and character are.”

This training should be focused on your guidelines, including tools like word palettes, examples of verbal branding practically applied, and how-to’s. It’s not as much about setting rules as it is about creating a character that inspires. 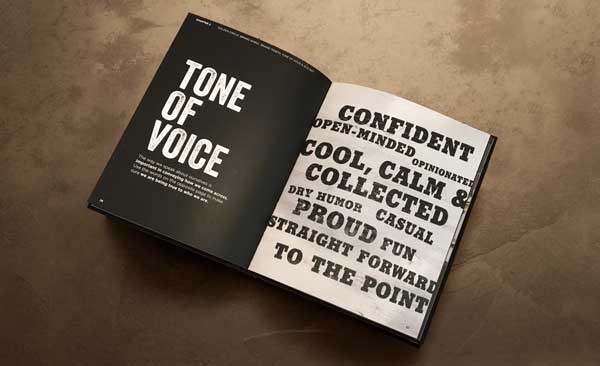 At the end of the day, members of your team shouldn’t leave training feeling bogged down by a laundry list of restrictions, but excited—to have collective ownership over your brand’s voice, to more deeply understand your brand’s character, and to release that character out into the real world.

Interested in learning more about verbal branding and best practices?